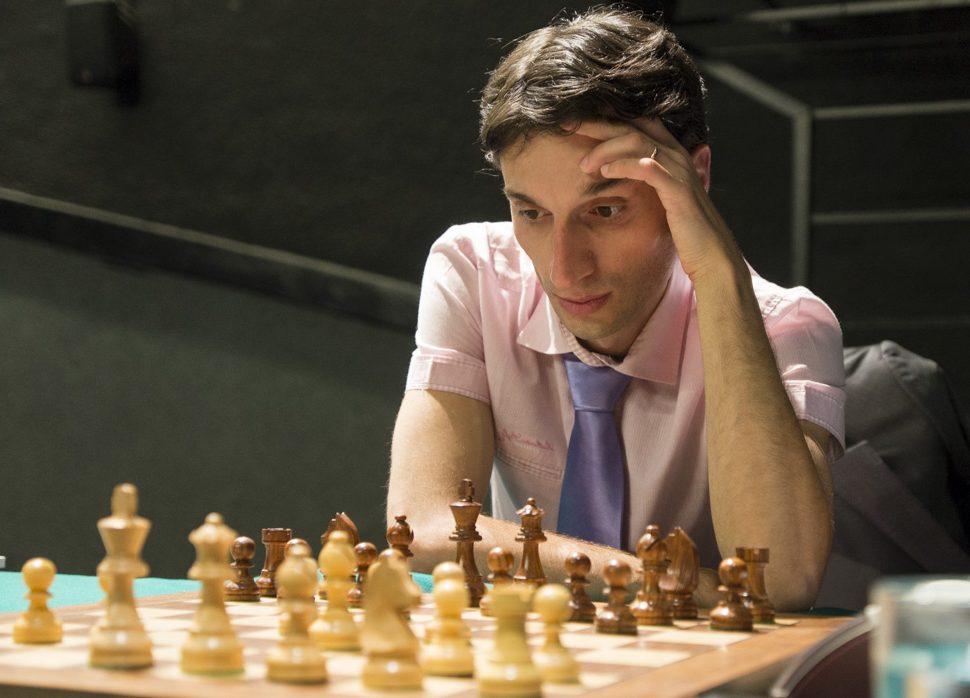 BAADUR JOBAVA – THE MAGICIAN OF CHESS

Jobava won the Dubai Open in 2003 with a score of 7 points out of 9. He took part in the FIDE World Chess Championships in 2004. He won the 2nd Samba Cup in Skanderborg, Denmark in 2005. In 2006 Jobava won the Railyaway Hotel Cup and the prestigious Aeroflot Open.

In 2008 he tied for 1st–8th with Nigel Short, Vadim Milov, Aleksej Aleksandrov, Tamaz Gelashvili, Alexander Lastin, Gadir Guseinov and Farid Abbasov in the President’s Cup in Baku. Jobava won the silver medal in the European Individual Championships 2010, held in Rijeka. In August 2011 he tied for 1st–2nd with Hrant Melkumyan in the Lake Sevan tournament in Martuni and won the event on tie-break. In December 2011 he won the 32nd Edoardo Crespi Trophy in Milan with 8,5/9, finishing two points ahead of second placed Vladimir Malaniuk. In the same month Jobava won the European Rapid Chess Championships in Warsaw ahead of 746 players.

In January 2014, Jobava finished equal second and third on tiebreak in the Tata Steel Challengers tournament in Wijk aan Zee scoring 8.5/13. In the following month he won the David Bronstein Memorial in Minsk on tiebreak over Sergey Fedorchuk and Mikhailo Oleksienko. In July he finished second behind Wesley So at the ACP Golden Classic in Bergamo, Italy. In August, 2015, he took clear first place in the 19th HZ Chess Tournament in Vlissingen, the Netherlands, scoring 8/9 points (+7=2-0). In 2017 Jobava tied for first with Maxim Matlakov and Vladimir Fedoseev in the European Individual Championships in Minsk, taking the silver medal on tiebreak. The same year he won Xtracon Chess Open in Denmark, which was a memorable tournament with some amazing games, including a beautiful mate against former World Championships runner-up Nigel Short.

2018 was a year where Jobava had to focus on some personal and family-related issues and he could not focus so much on chess and dropped a little bit on the world ranking. However, he is determined to return to Top 20 and he clearly showed those ambitions recently in Abu Dhabi Masters in August 2019, winning 7 out of 9 games and only two draws with world-class play and a performance rating over ELO 2900. He is now looking forward to FIDE Chess.com Grand Swiss tournament in Isle of Man in October 2019, where the winner will qualify for the Candidates tournament. And the winner of the Candidates will challenge World Champion Magnus Carlsen in 2020. As Jobava said in the recent winning interview at Abu Dhabi, anything can happen…

Jobava has played for the Georgian national in the Chess Olympiad since 2000.He won the individual gold medal in 2004, scoring 8½/10 points. In 2010, he defeated the world’s number one player Magnus Carlsen in the Georgia-Norway match. In 2016, he won the individual gold medal for the best first board. He considers this achievement to be his best result in his career so far.

Jobava has come to fame not only because of his original, creative style of chess, but also for two openings. The most popular one is his ideas in the London System, called the Jobava Attack, featured in the book “The Agile London System” (by GM Alfonso Romero and FM Oscar de Prado) and in a DVD by GM Simon Williams called “The London Jobava System Opening”. The other opening he is known for is b3 which is based on completely other ideas and theory compared to Bent Larsen’s b3 opening.

His younger brother Beglar Jobava is also a chess player, with an IM title.