Jobava had an excellent start in the FIDE chess.com Grand Swiss on Isle of Man, scoring a full point against British GM David Howell and then drawing GM Aleksey Dreev in the second round.

Then Jobava’s long streak of not losing finally came to an end due to some unlucky circumstances. In the game versus country fellow-man GM Ivan Cheparinov, Jobava mixed up 13..Qb7+?? with Na6, although he knows the line. After that Cheparinov could go into a favourable end-game where Jobava resigned in move 46.

In round 4 he faced Russian GM Ruslan Ponomariov and perhaps the fans were hoping for a similar win as the famous game from the Olympiad in 2016, with the spectacular Bh6 move. However, Ponomariov was well-prepared and managed to win a line in Caro-Kann Defence.

In round 5, Jobava bounced back with a win against British IM Jovanka Houska.

We will shortly be back with some more detailed analyses of the games. 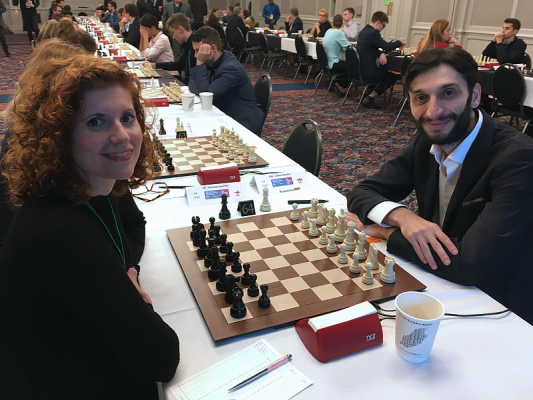