Norwegian NRK was brodcasting the King Salman World Rapid and Blitz championships live from Moscow. The broadcast was followed by millions of viewers throughout Norway and Scandinavia as the Norwegians were hoping for another victory for the amazing Carlsen. 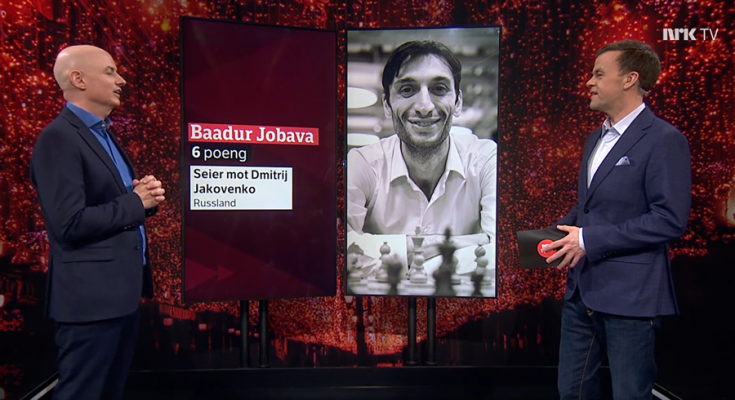 In the 9th round of the Blitz event, Jobava faced Carlsen on the top board. Three years earlier in Qatar, Jobava also faced Carlsen in World Blitz, and had a completely winning position. However he misplayed it and eventually lost the game (watch it here). 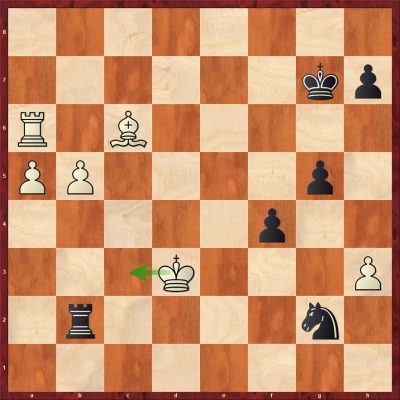 In move 42, Jobava could have played Kc3 with an immediate win. But instead he exchanged the bishop with the knight by playing 42. Bxg2 and then further misplayed the endgame.

In this year’s World Blitz, Jobava wanted eagerly to win, but it was Carlsen who got a slight initiative in the game. However, Jobava managed to equalize and the endgame was a dead draw. But as it happens in blitz, move 47 saw a big blunder by Jobava, playing Nb1 instead of Ka4 or Na2. 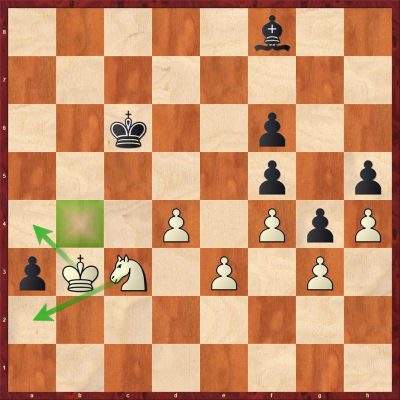 Jobava-Carlsen, King Salman World Blitz 2019 in Moscow. The position after 46 moves. For instance moves such as Ka4 and Na2 is a dead draw, but Jobava played Nb1 not seeing the response Bb4!

Jobava-Carlsen, King Salman World Blitz 2019 in Moscow. The response Bb4! is on its way, winning the game as the king cannot take the bishop (the pawn would queen).

Jobava recalls: “I completely missed Bb4 in time trouble. I just played Nb1, thinking his best response would be Kd5. After that I can simply return with the knight to c3.”

A loss like this hurts, but it was an amazing game for the viewers and still Jobava had a decent tournament and ended on 33rd place, while Carlsen grabbed the Blitz world title once again!